with Bill Medley and Bucky Heard

Sunday, November 15, 2020 at 7:30 p.m.
This event has been rescheduled to this new date! The Box Office is in the process of contacting patrons who had tickets to the previous date. If the new date works for you, keep your ticket(s) and no further action is necessary.
Pantages Theater
Tickets: $29, $49, $69, $85
buy tickets

With a string of No. 1 classics, including “You’ve Lost That Lovin’ Feelin’” – the most played song in radio history - the Rock and Roll Hall of Fame duo of Bill Medley and Bobby Hatfield has topped the charts over four decades. After Bobby’s death in 2003, Bill continued to perform to sold-out crowds around the world, but fans and friends pleaded with him to keep The Righteous Brothers alive. While no one could ever take Bobby’s place, when Bill discovered Bucky Heard’s show it all came together – he found the right guy to help him recreate the magic. The concert experience features their biggest hits, including “Lovin’ Feelin’,” “Soul & Inspiration,” “Unchained Melody” and “The Time of My Life,” and much more! 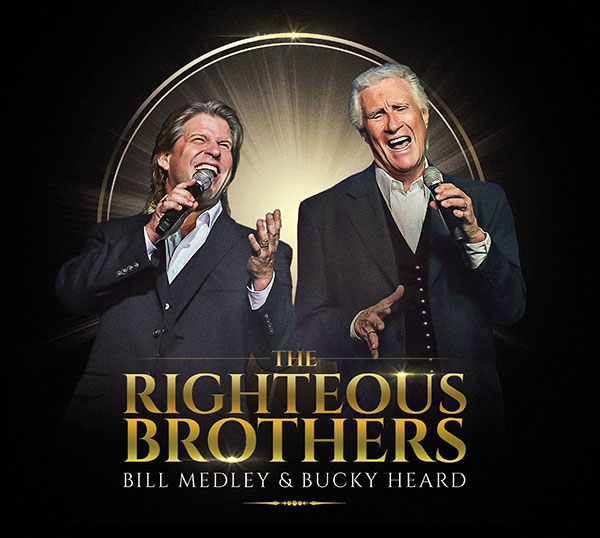