An Evening with Kristina Kuzmic The Hope and Humor Tour

VIP Tickets with Meet & Greet: $75
buy tickets
VIP Ticket Information
Each VIP ticket will include best-available seating in PL1, as well as a pre-show photo-op with Kristina. This is a photo-op only, there will be no autographs. The VIP photo-op begins 2.5 hours before the show—guests are encouraged to arrive early.

An Evening with Kristina Kuzmic will consist of everything you could possibly want to experience at a “night out” show: inspiration, interaction, and comedy. After laughing all night with Kristina and hearing her powerful message, everyone in the audience will leave feeling like a total bad ass.

Kristina Kuzmic is a cheerleader for her fellow humans. After immigrating to America from Croatia during the war in her homeland and later facing even more challenges (divorce, single parenting, poverty, depression…), Kristina wanted to be for others what she wished someone had been for her during her darkest hours. Now, with over 2.3 million followers on Facebook, she provides encouragement, hope and humor in a role she never expected to fill.

The Huffington Post referred to Kristina’s videos as “Parenting comedy at its finest,” and The Inquisitr has praised her “witty charm.” Kristina has quickly made a name for herself as a creative, yet unpretentious parent, as well as a world-renowned motivational speaker and comedian. Her first book, Hold on but don’t hold still, will be released in the Fall of 2019.
This event is presented by a third party and is not presented by Tacoma Arts Live. Tacoma Arts Live manages the Pantages Theater, Rialto Theater, and Theater on the Square on behalf of the City of Tacoma, and the Tacoma Armory on behalf of a private owner. The content expressed in this event are those of the third party client and do not necessarily reflect the mission and values of Tacoma Arts Live. 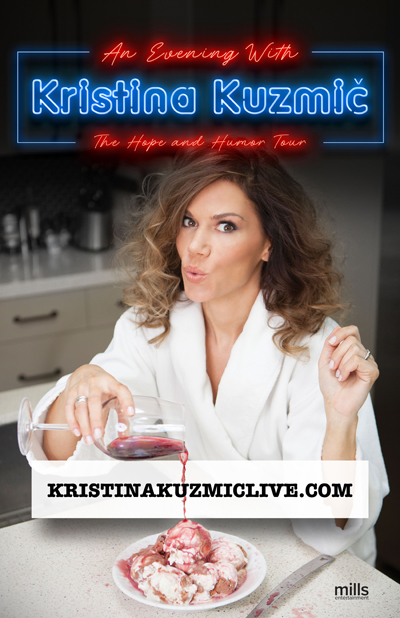